Bookstation Lifestyle Book of the Year 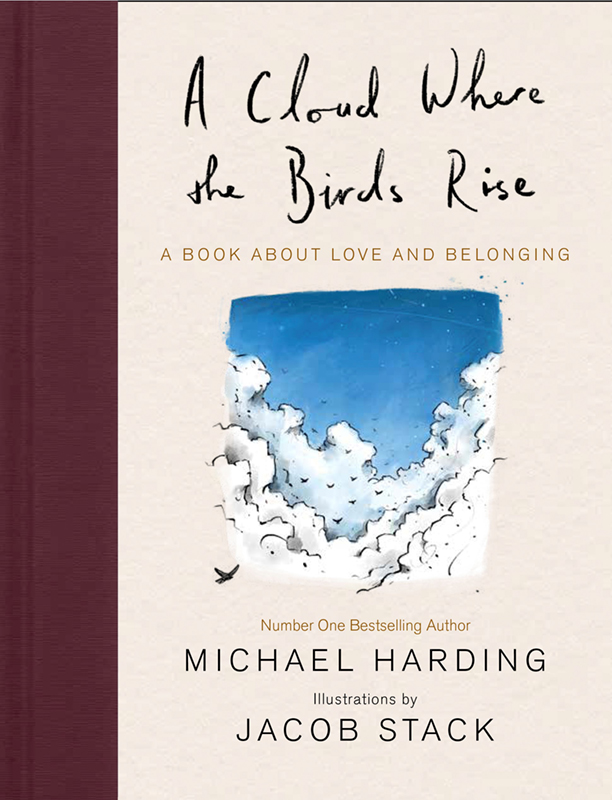 A Cloud Where the Birds Rise

By Michael Harding and Jacob Stack

A book about love and belonging

In this stunning collaboration, bestselling writer Michael Harding’s most memorable musings on the human condition are brought to life by illustrator Jacob Stack.

In these pages, the reader is held in moments of belonging, solitude, love and healing as we witness the beauty of falling snow, the pain and love of goodbyes, and the shared lives and deaths of neighbours amid the sweeping landscape of Ireland.

A Cloud Where the Birds Rise is a beautifully illustrated collection of observations and stories from one of Ireland’s best-loved writers – a celebration of finding beauty and hope in the ordinary.

About Michael Harding and Jacob Stack...

Michael Harding is an author and playwright. His creative chronicle of ordinary life in the Irish midlands is published as a weekly column in The Irish Times. He has written numerous plays for the Abbey Theatre, including Una Pooka,Misogynist and Sour Grapes, and has published three novels, Priest, The Trouble with Sarah Gullion and Bird in the Snow as well as three bestselling memoirs, Staring at Lakes, which won three BGE Irish Book awards, Hanging with the Elephant and Talking to Strangers and the bestselling On Tuesdays I’m a Buddhist.

Jacob Stack is from Donegal, Ireland. He studied Fine Art Printmaking in Limerick School of Art and Design, graduating in 2012. Jacob has exhibited work in solo and group shows nationally, and internationally in London, New York, and LA. He was shortlisted in the AOI World Illustration Awards 2017.