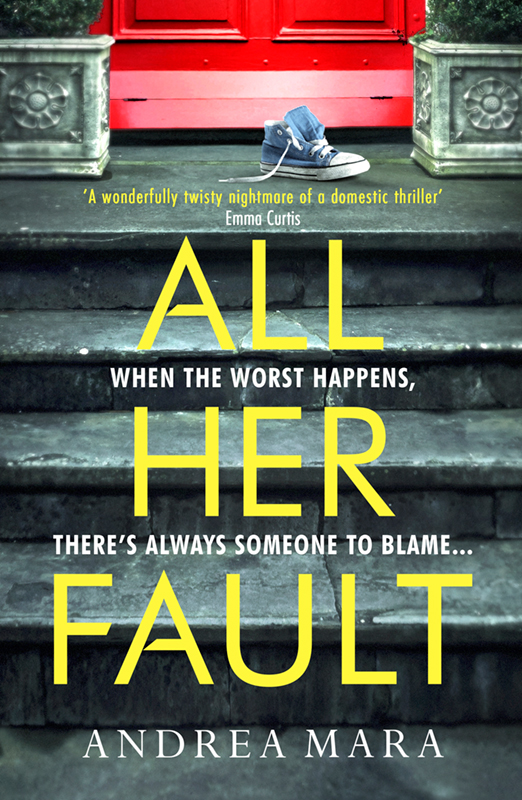 There’s always someone to blame

Marissa Irvine arrives at 14 Tudor Grove, expecting to pick up her young son Milo from his first playdate. But the woman who answers the door isn’t the mother Marissa chatted to at the school social. She isn’t the nanny. She doesn’t have Milo. And so begins every parent’s worst nightmare.

As news of the disappearance filters through the quiet Dublin suburb and an unexpected suspect is named, whispers start to spread about the women most closely connected to the shocking event. Because only one of them may have taken Milo – but they could all be blamed . . .

In a community full of secrets, who is really at fault?

Andrea Mara is an Irish Times Top Ten bestselling author, and has been shortlisted for a number of awards, including Irish Crime Novel of the Year. She lives in Dublin, Ireland, with her husband and three young children, and also runs multi-award-winning parent and lifestyle blog, OfficeMum.ie. All Her Fault is her first thriller to be published in the UK and internationally.