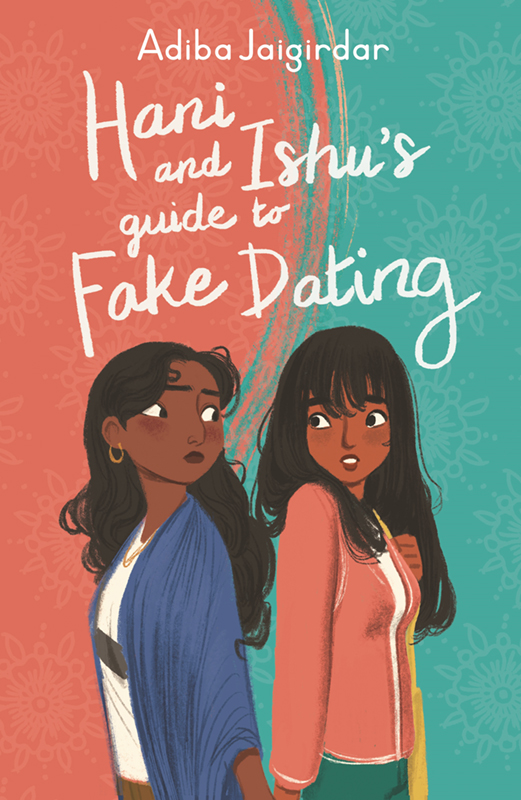 Everyone likes Hani Khan – she’s easy going and one of the most popular girls at school. But when she comes out to her friends as bisexual, they don’t believe her, claiming she can’t be bi if she’s only dated guys. Panicked, Hani blurts out that she’s in a relationship… with a girl her friends can’t stand – Ishu Dey.

Ishu is the polar opposite of Hani. An academic overachiever, she hopes that becoming head girl will set her on the right track for university. Her only problem? Becoming head girl is a popularity contest and Ishu is hardly popular. Pretending to date Hani is the only way she’ll stand a chance of being elected.

Despite their mutually beneficial pact, they start developing real feelings for each other. But some people will do anything to stop two Bengali girls from achieving happily ever after.

Adiba Jaigirdar is a Bangladeshi/Irish writer and teacher. She lives in Dublin, Ireland. She has an MA in Postcolonial Studies from the University of Kent, England and a BA in English and History from UCD, Ireland.

She is a contributor for Bookriot. Previously, she has published short fiction and poetry in various journals and anthologies.

All her work is aided by copious amounts of tea and a whole lot of Hayley Kiyoko and Janelle Monáe.