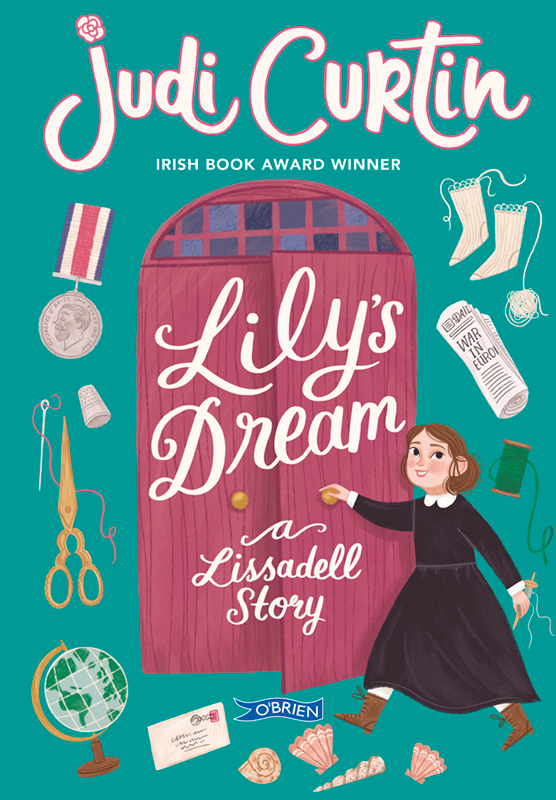 Lissadell House, Sligo, 1914. Lily and her friends Nellie and Johanna are used to their roles as maids working in the Big House, and it seems like life will go on that way forever – despite Lissadell’s Maeve de Markievicz, daughter of the famous Countess, trying to shake up tradition. War is on the horizon. Lily feels that it can’t touch them in rural Ireland, but as more young local men – including their friend Harry the footman – join up to fight, the shadows seem to come closer. In a changing world, will the girls have enough strength, hope – and most of all friendship – to keep their dreams alive?

Judi Curtin is one of Ireland’s favourite children’s writers. She is the best-selling author of the Alice and Megan and Eva series, Time After Time, Stand By Me, You’ve Got A Friend and the Lily at Lissadell series. She won an Irish Book Award for Stand By Me. More than a quarter of a million copies of Judi’s books have been sold to date. Her books have been published in German, Portuguese, Spanish, Finnish, Swedish, Norwegian, Russian, Serbian, Welsh, Czech and Turkish, and in Australia and New Zealand. Judi grew up in Cork and now lives in Limerick, where she is married with three children.