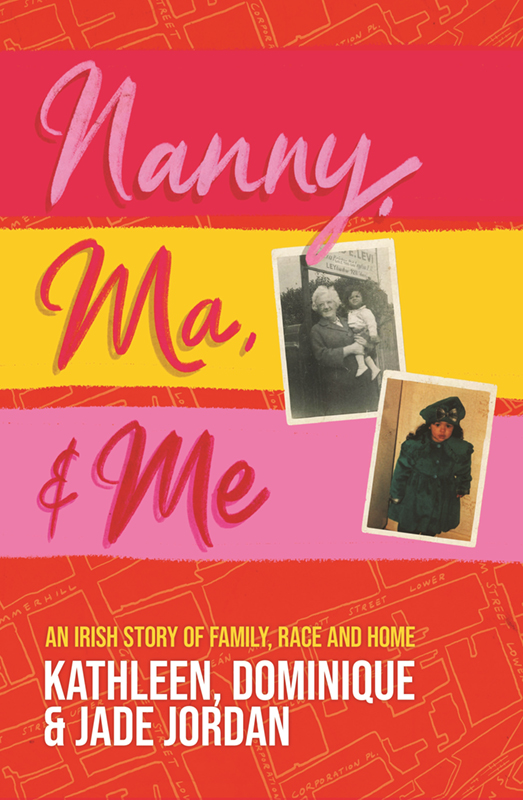 Jade Jordan’s grandmother, Kathleen, left Ireland for England in the late 1950s to train as a nurse. While there, she fell in love and married a Jamaican man. They had two sons and a daughter, Dominique, and settled in London’s diverse Walthamstow. But when Kathleen decided to return home to Dublin, she discovered that the colour of her children’s skin set them apart – and that their new lives would be very different to the ones they had known.

Here, in this honest, warm-hearted and often humorous multi-generational memoir, Kathleen, Dominique and her daughter Jade each tell their story.

From Kathleen’s determination to raise her children with love and security in inner-city Dublin, to Dominique’s struggle to figure out how she fit in as a young Black teenager, to Jade’s own experiences as a Black woman growing up in twenty-first-century Ireland, Nanny, Ma & Me is a story about race in a country of contradictions. At its heart lies a tale of the power of community, love and three women for whom family is everything.

Jade Jordan is a mixed-race Irish actor for theatre and film. She is a graduate of Bow Street Academy. She has appeared on Channel 4’s The Virtues and BBC’s Doctors as well as You Are Not My Mother a feature film by Kate Dolan which is to premiere later this year. She has performed in numerous stage plays for the Abbey Theatre, the Druid Theatre Company and Ark Theatre Dublin. Her short film ‘The Colour Between’, premiering in summer 2021, was funded by Screen Ireland as part of The Actor as Creator initiative and sees Jade as one of the first Black women to write, produce and star in their own short film.

Kathleen Jordan was born in Dublin in 1932. She moved to London in the late 1950s to become nurse and returned to Dublin in the 1970s where she is still based. She has three children, eight grandchildren and one great grandchild whom she loves dearly.

Dominique Jordan was born in London. She moved to Dublin in her teens where she is still based. She has two daughters.