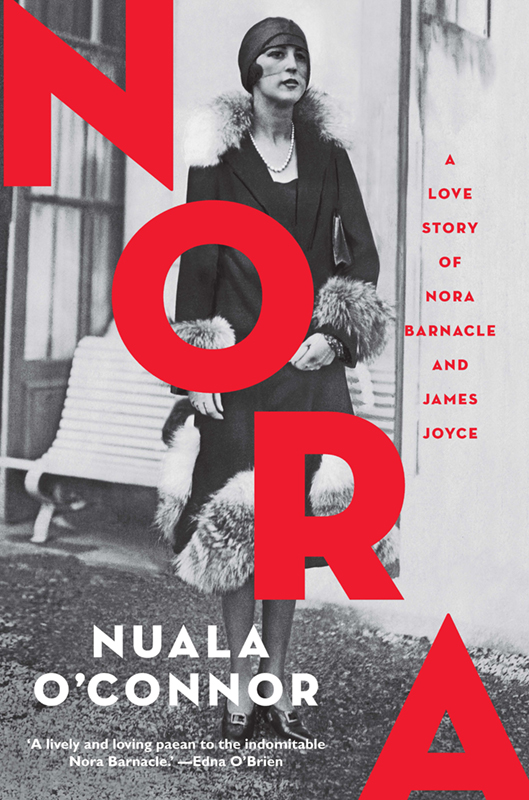 A Love Story of Nora Barnacle and James Joyce

Sensational retelling of the infamous love story of James Joyce and his muse and lover.

When Nora Barnacle, a twenty-year-old from Galway working as a maid at Finn’s Hotel, meets young James Joyce on a summer’s day in Dublin, she is instantly attracted to him, natural and daring in his company. But she cannot yet imagine the extraordinary life they will share together. All Nora knows is she likes her Jim enough to leave behind family and home, in search of a bigger, more exciting life.

As their family grows, they ricochet from European city to city, making fast friends amongst the greatest artists and writers of their age as well as their wives, and are brought high and low by Jim’s ferocious ambition. But time and time again, Nora is torn between their intense and unwavering desire for each other and the constant anxiety of living hand-to-mouth, often made worse by Jim’s compulsion for company and attention. So, while Jim writes and drinks his way to literary acclaim, Nora provides unflinching support and inspiration, sometimes at the expense of her own happiness, and especially at that of their children, Giorgio and Lucia. Eventually, together, they achieve some longed-for security and stability, but it is hard-won and imperfect to the end.

In sensuous, resonant prose, Nuala O’Connor has conjured the definitive portrait of this strong, passionate and loyal Irishwoman. Nora is a tour de force, an earthy and authentic love letter to Irish literature’s greatest muse.

Nuala O’Connor is a novelist, short story writer and poet who was born in Dublin and now lives in Co. Galway with her family. She has worked as an arts administrator in theatre and in a writers’ centre; as a translator, as a bookseller and also in a university library. She is the author of four previous novels, including Becoming Belle (2018) and Miss Emily (2015), a reimagining of the life of Emily Dickinson, The Closet of Savage Mementos (New Island, 2014), You (New Island, 2010) and six short story collections, her most recent being Joyride to Jupiter (New Island, 2017). She has won many prizes for her short fiction including the Francis MacManus Award, the James Joyce Quarterly Fiction Contest and the UK’s Short Fiction Journal Prize. Nuala’s work has also been nominated for numerous prizes including the Edge Hill Short Story Prize, the Kerry Group Irish Novel of the Year Award, the Irish Book Awards Novel of the Year and the International Dublin Literary Award. She is editor-in-chief at flash e-zine SplonkHer fifth novel, NORA, is about Nora Barnacle, wife and muse to James Joyce, published in Ireland in April 2021 with New Island.