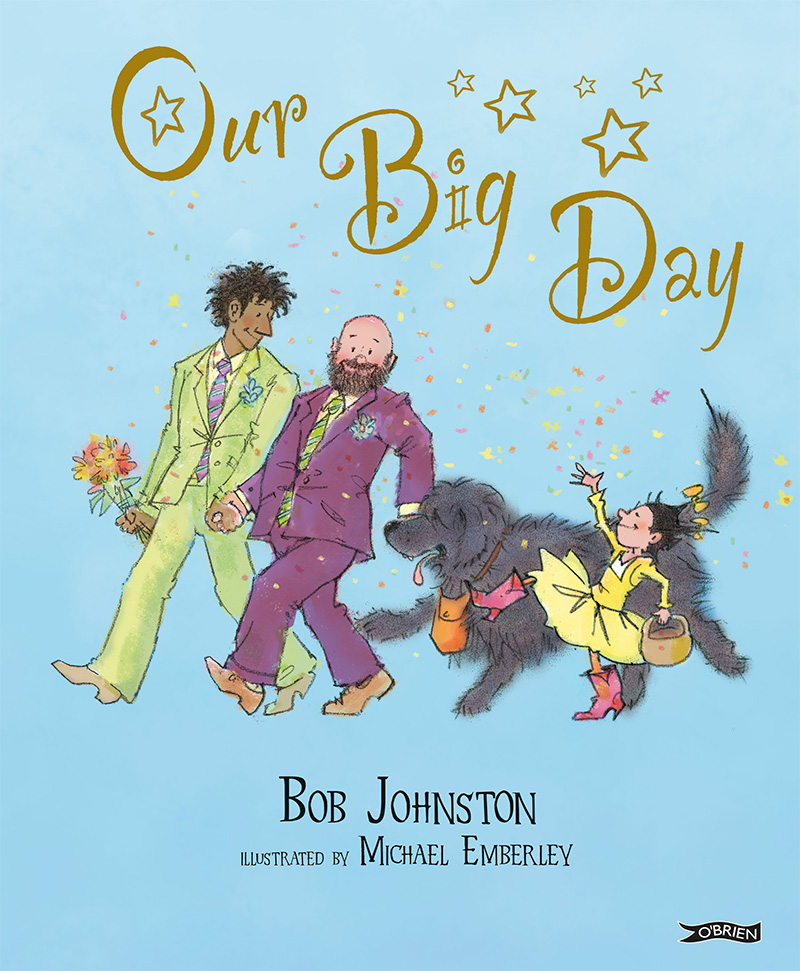 Uncle David and Simon are getting married! There is so much to do. Invitations to be sent, decorations to be made, and, most important of all, Little Niece and Bear the Dog must take care of the wedding rings until the ceremony. Will everything be perfect for the Big Day? A beautifully illustrated and heart-warming celebration of love, family, weddings and marriage equality, from Bob Johnston and illustrator Michael Emberley.

Bob Johnston is the owner of The Gutter Bookshop in Dublin. He lives in a small cottage by the sea with his husband Leon, their dog Jessie and a cat called Molly. Bob is a previous winner of the British Book Awards’ Independent Bookshop of the Year Award. He has worked in the book industry for over 30 years and this is his very first book!

Originally from Boston, Michael Emberley has lived in Ireland for 15 years. After writing and illustrating in the US for over 40 years, this is his debut Irish children’s book. He lives in an old stone horse stable in County Meath.