Back to all Shortlists
PrevPreviousThe Dark Room
NextThe Killing KindNext 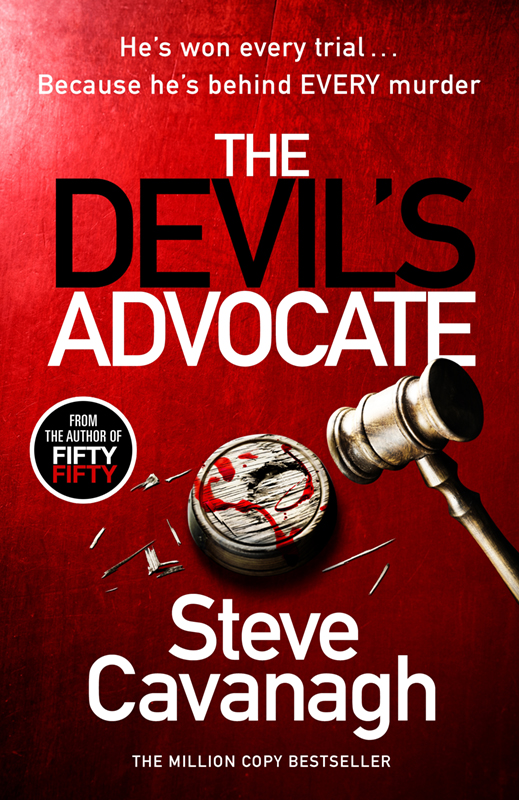 They call him the King of Death Row. Randal Korn has sent more men to their deaths than any district attorney in the history of the United States.

When a young woman, Skylar Edwards, is found murdered in Buckstown, Alabama, a corrupt sheriff arrests the last person to see her alive, Andy Dubois. It doesn’t seem to matter to anyone that Andy is innocent.

A SMALL TOWN BOILING WITH RAGE

Everyone in Buckstown believes Andy is guilty. He has no hope of a fair trial. And the local defence attorney assigned to represent him has disappeared.

Hot shot New York lawyer Eddie Flynn travels south to fight fire with fire. He plans to destroy the prosecutor’s case, find the real killer, and save Andy from the electric chair.

But the murders are just beginning.

Is Eddie Flynn next?

Steve Cavanagh was born and raised in Belfast before leaving for Dublin at the age of eighteen to study Law. He practiced civil rights law and was involved in several high-profile cases; in 2010 he represented a factory worker who suffered racial abuse in the workplace and won the largest award of damages for race discrimination in Northern Ireland’s legal history. He holds a certificate in Advanced Advocacy and lectures on various legal subjects (but really, he just likes to tell jokes). His novel The Liar won the 2018 CWA Gold Dagger award, while his follow-up novel Thirteen won the Theakston Old Peculier Crime Novel of the Year Award in 2019. Twisted, Fifty-Fifty and The Devil’s Advocate were all Sunday Times Top 10 bestsellers. He is married with two young children.