Back to all Shortlists
PrevPreviousNot My Problem
NextThe New GirlNext 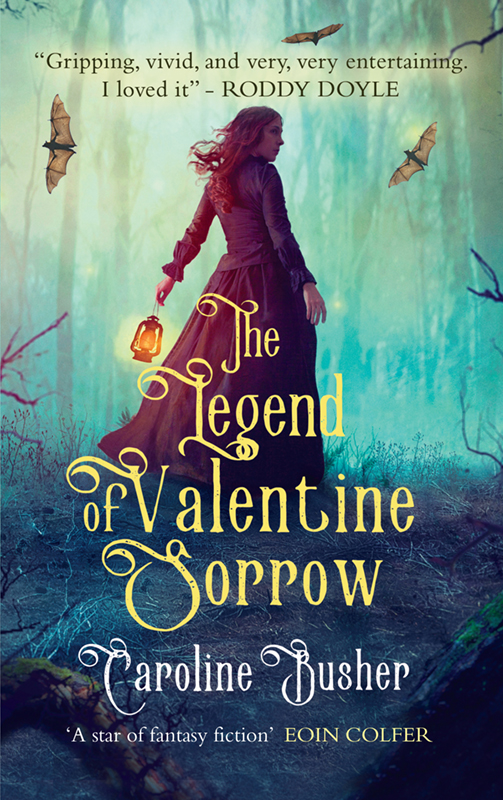 The Legend of Valentine Sorrow

Sligo 1832. The cholera epidemic sweeps across Ireland like a secret, bringing with it a plague of vampires.

Unsuspecting orphan, Valentine, is unaware of Clarabelle, a girl vampire, lurking in the shadows – then finds himself flying through the star-filled sky on his way to a vampires’ lair!

When Matilda, Valentine’s sister, comes home from the fever hospital she discovers that her brother has vanished. She will stop at nothing to find him.

Valentine embarks on a new life of harrowing adventures: he is shipwrecked at the foot of an ancient lighthouse, battles with Vampire Hunters, and works as an illusionist in a Dublin theatre.

Then he and Clarabelle’s vampire family take up residence in Casino Marino, an exquisite summerhouse in Dublin with hidden rooms and secret passageways.

But an old enemy of the family seeks them out and intends to destroy them . . .

Does Valentine have what it takes to defeat him?

Caroline Busher graduated with a First Class Honours MA in Creative Writing from UCD. She grew up in a Victorian house in the northwest of England. As an only child, she spent her days reading books and writing fantastical stories. When she got older, she moved to the southeast of Ireland where she now lives with her husband John and her children Fiachra, Keeva and Tiernan. Caroline strongly believes that it is the most magical place on earth. She writes her books in an eighteenth-century-style shepherd’s hut, nestled beneath the Blackstairs Mountains. But be warned: if you ever go there, you must tread carefully. The mountains resemble sleeping giants and legend has it that they might wake up someday.

Caroline is an Irish Times Bestselling Author. Her books include The Ghosts of Magnificent Children, The Girl Who Ate the Stars and Votes for Women! The Irish Women’s Suffrage Movement (all published by Poolbeg Press). She is the recipient of three Literature Awards from Wexford County Council and Artlinks. She is on the Poetry Ireland – Writers in Schools Scheme and she is a Heritage Expert with the Heritage Council of Ireland.

Caroline was the Reader in Residence with Wexford Public Library Services from (2016-2019) She was shortlisted for the Julian Lennon Poetry Prize as well as the Jonathan Swift Creative Writing Award. Caroline was Highly Commended in the Cross Pens/Writing.ie Short Story Competition and longlisted for the Penguin Ireland Short Story Competition. Caroline was published by O’Brien Press as part of the 100 words/100 writers short story competition, which was held by the RTÉ book show. She was also shortlisted for Bord Gais Book Club Short Story Award. Caroline’s poetry was also chosen to accompany the state art collection. Caroline is a broadcaster and book reviewer on Ireland AM. She has radio experience on South East Radio and was the Festival Manager of Towers and Tales book festival in Lismore Castle. Caroline was the Chair of Wexford Literary Festival.