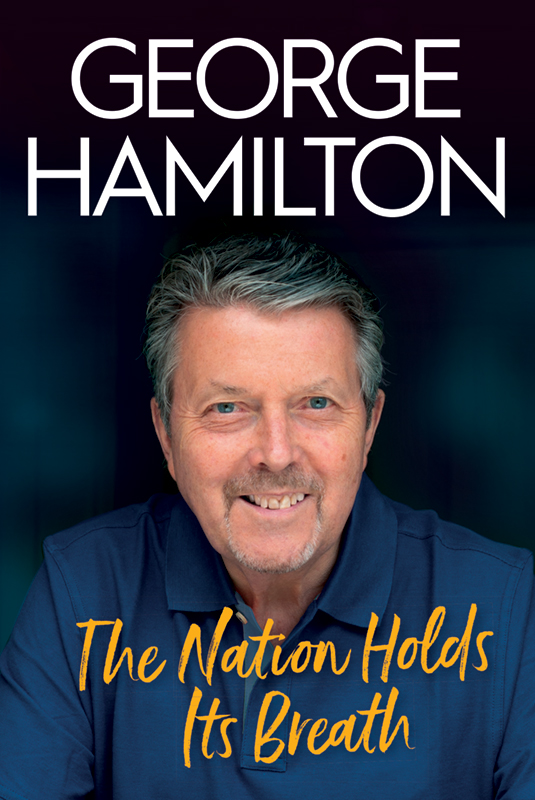 The Nation Holds Its Breath

‘David O’Leary is entrusted with the responsibility of taking the penalty that could send Ireland to the quarter-finals of the World Cup. This kick can decide it all. The nation holds its breath … Yes, we’re there!’

Written with his trademark warmth and candour, The Nation Holds Its Breath is George Hamilton’s eagerly awaited and wonderfully told journey through a rich and varied career in broadcasting.

As the undisputed voice of Irish football, George’s evocative and celebrated commentary is familiar to millions. He has captured the highs and lows of Irish sport for generations of fans, ever since he first took up the microphone in the mid-seventies, and he has been enthralling his audiences ever since.

To read George’s writing is to hear George’s voice and the reader will be captivated from the very first page, as he takes us on an affectionate journey from the Cregagh Road in East Belfast to an emotional farewell salute from Big Jack Charlton on the hallowed Anfield turf in 1995. The destinations – Stuttgart, Genoa, New Jersey – will be familiar, the journeys in between, anything but. A must-read memoir from one of Ireland’s truly undeniable national treasures.

George Hamilton has worked in broadcasting since the seventies. Best known as the chief football commentator for RTÉ, he also covers other high-profile sporting events for the national broadcaster, including the Olympic Games. Since 2003, he has presented The Hamilton Scores, a weekly classical music show on Lyric FM. This is his first book.