Back to all Shortlists
PrevPreviousThe Coastal Atlas of Ireland
NextTree Dogs, Banshee Fingers and Other Irish Words for NatureNext 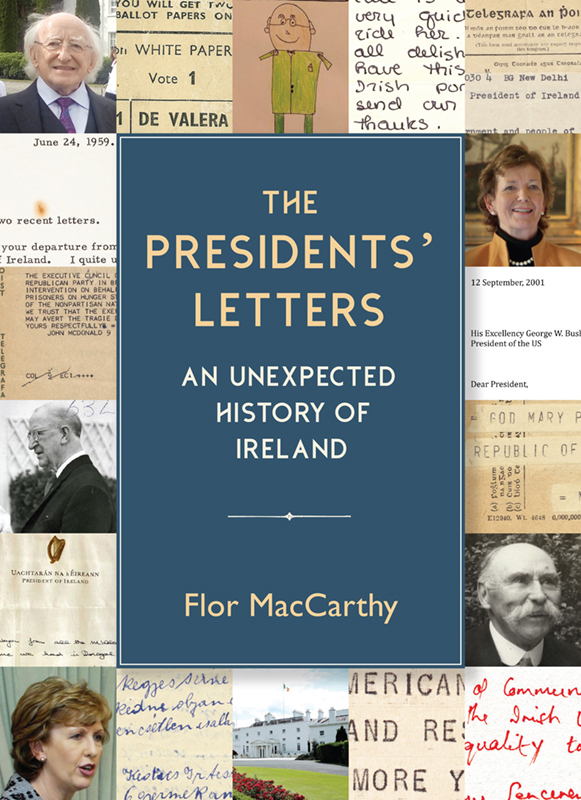 An Unexpected History of Ireland

A treasure trove of letters to and from our nine presidents from 1938 to the present day.

With over 400 letters, memos, cards, telegrams, drawings, notes and photographs, The Presidents’ Letters reveals a personal and unexpected story of Ireland since the inauguration of our first president, Douglas Hyde. Most of these have never been published before and a handful have never been seen by the public.

They are letters of congratulations, of resignation, of sympathy. A handwritten note from a president to a queen, a message sent to the moon, a fond farewell from a poet. There are letters of joy and loss, begging letters and threatening ones, sent from palaces, parliaments and prisons, from war zones, refugee camps and homeless shelters. Meticulously researched and hand-picked for this unique book, these correspondences bring to life our presidents, Áras an Uachtaráin and all those who have passed through its doors. The Presidents’ Letters is a beautiful homage to the art of the letter, exploring how each of our presidents defined their eras and how they strengthened the relationship between Ireland and all who identify as Irish.

Flor MacCarthy is a journalist and broadcaster who hosts political debates on Oireachtas TV (Irish parliamentary TV), interviewing politicians and academics in Ireland and at the European Parliament. A former news reporter and newscaster with RTÉ, she also presented a variety of cultural programmes on radio and television and has acted as a consultant for several international human rights organisations. Freelancing these days, and with a passion for history and the arts, she has contributed to numerous events in Ireland’s Decade of Centenaries. Flor is from West Cork and lives in Dun Laoghaire with her family. The Presidents’ Letters is her first book.