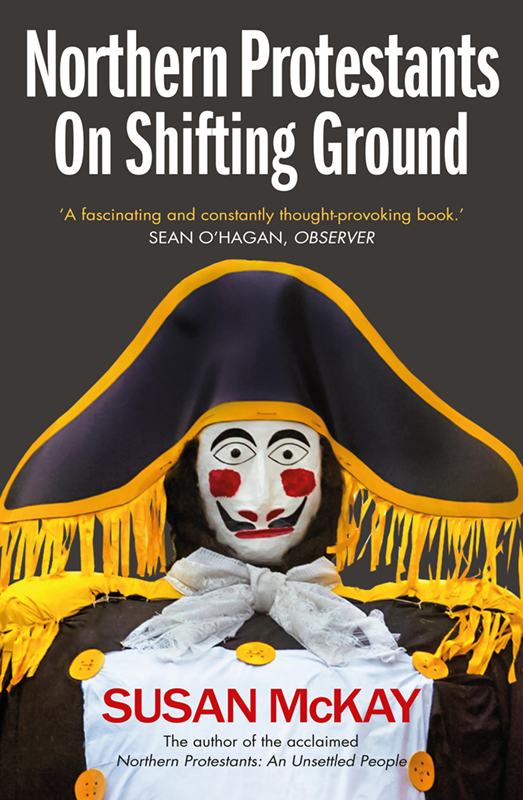 Twenty years on from her critically acclaimed book, Northern Protestants: An Unsettled People, Susan McKay talks again to the people she ‘uneasily’ called ‘her own’, those from a Protestant background in Northern Ireland.
Against the backdrop of social justice movements, Brexit, the centenary of the foundation of the Northern Ireland state, and the prospect of a poll on Irish Unity, McKay interviews a wide range of people from all over Northern Ireland. They include students, politicians, ex-security force members, victims and survivors, former paramilitaries, business people, religious leaders, community workers, writers and many others. She seeks to understand how the Northern Protestant community is negotiating the ‘shifting ground’ on which it stands. She gives space to the Lundys, those who find in banishment the freedom to grow.
The result is a vivid and multi-layered portrait of a surprisingly diverse and fluid community. Written with McKay’s trademark passion and conviction, and full of vulnerable and valiant testimony, this book is compelling, essential reading.

Born and brought up in Derry, Susan McKay is an award-winning journalist, commentator and author whose previous books include: Sophia’s Story, Northern Protestants: An Unsettled People, Without Fear: A History of the Dublin Rape Crisis Centre and Bear in Mind These Dead.
She has made award-winning radio and television documentaries, including The Daughters’ Story about the daughters of the murdered musician Fran O’Toole of the Miami Showband.
She was a founder of the Belfast Rape Crisis Centre in the 1980s and from 2009 to 2012 was CEO of the National Women’s Council of Ireland. She works with NGOs, including WAVE Trauma Centre for which she has made podcasts as part of the ‘Stories from Silence’ project.
Her work appears in the New Yorker, the New York Times, the London Review of Books, the Guardian/Observer and the Irish Times.