Back to all Shortlists
PrevPreviousThe Best Catholics in The World 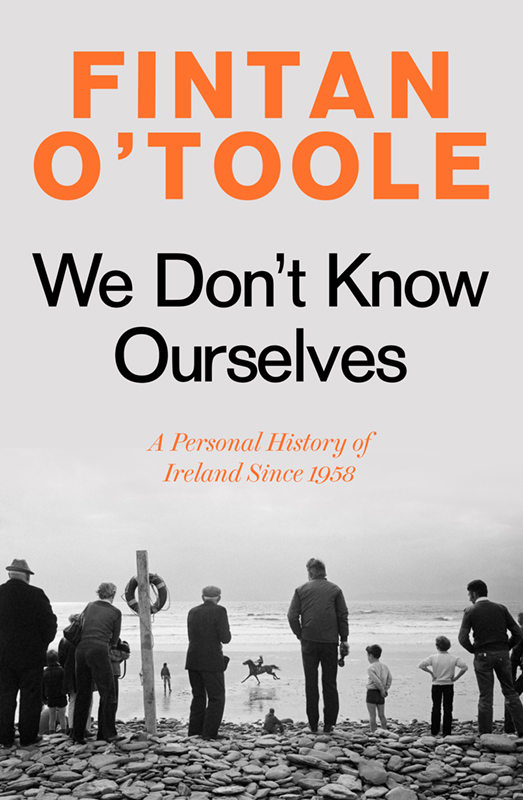 We Don’t Know Ourselves

A Personal history of Ireland Since 1958

We Don’t Know Ourselves is a very personal vision of recent Irish history from the year of O’Toole’s birth, 1958, down to the present. Ireland has changed almost out of recognition during those decades, and Fintan O’Toole’s life coincides with that arc of transformation. The book is a brilliant interweaving of memories (though this is emphatically not a memoir) and engrossing social and historical narrative.

The disintegration of the old alliance of Catholic church and state is mapped in a series of dramatic episodes. Certain themes recur – of things that were known but could never be acknowledged, of cruelty and corruption hidden in plain sight. This was the era of Eamon de Valera, Jack Lynch, Charles Haughey and John Charles McQuaid, of sectarian civil war in the North and the Pope’s triumphant visit in 1979, but also of those who began to speak out against the ruling consensus – feminists, advocates for the rights of children, gay men and women coming out of the shadows.

There is a quiet and sober anger in O’Toole’s description of child abuse at every level of the state and educational system, the punishment of women as sexual beings, the IRA’s psychological ability to portray themselves as victims of a conflict in which they were the worst perpetrators, and the sheer arrogance of the church’s power.

We Don’t Know Ourselves is an essential book for anyone who wishes to understand
modern Ireland.

Fintan O’Toole is the author of Heroic Failure, Ship of Fools, A Traitor’s Kiss, White Savage and other acclaimed books. He is a columnist for the Irish Times and the Milberg Professor of Irish Letters at Princeton University. He writes regularly for the Guardian, New York Review of Books, New York Times and other British and American journals.